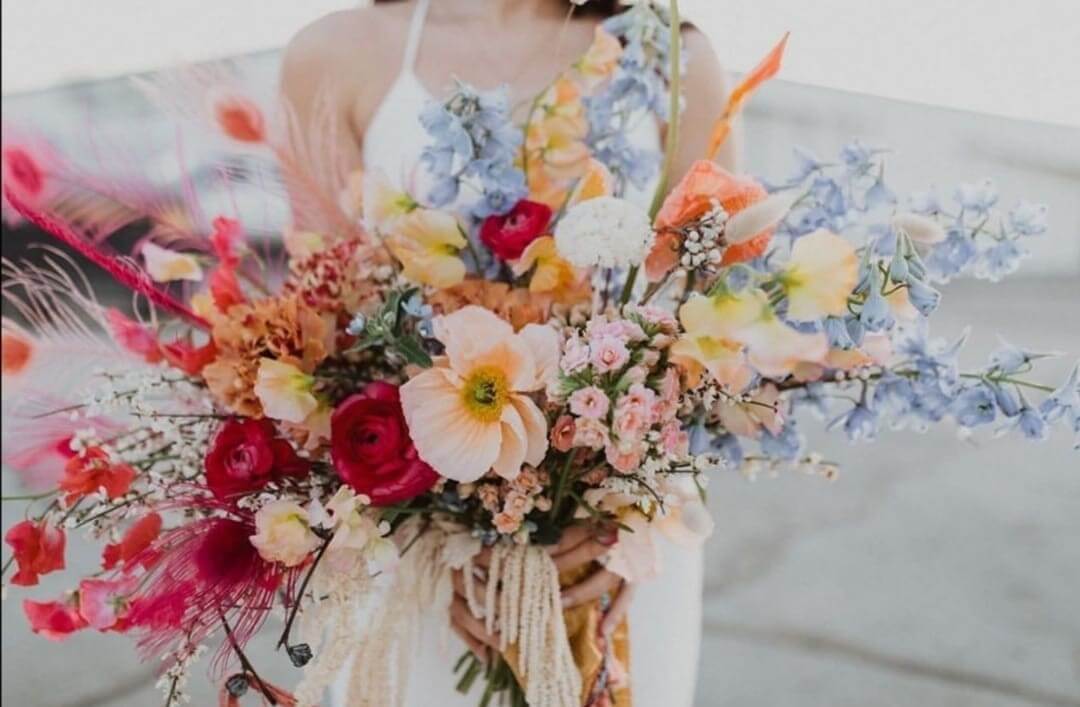 Once upon a time, brides carried flowers because their magical effects, to protect them from illnesses and misfortune. It was believed that the intensive fragrances of various plants will chase evil spirits.

Nowadays, the wedding bouquet is an essential part of a modern bride's outfit. The bouquet itself is considered to bring happiness and satisfaction in marriage, while the ribbon with which the flowers are tied with, symbolizes fellowship. 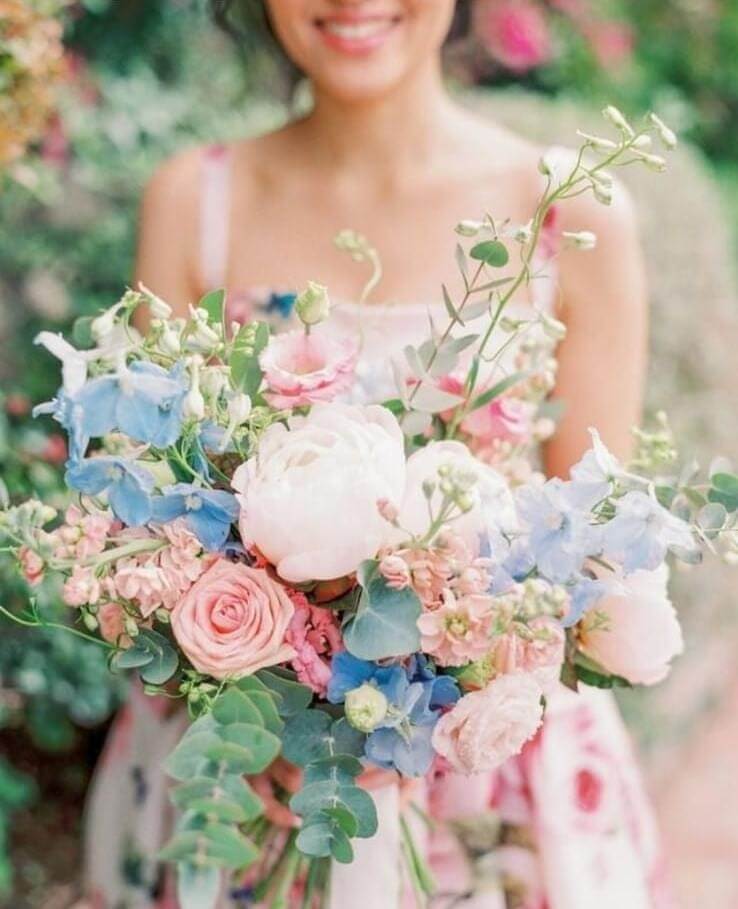 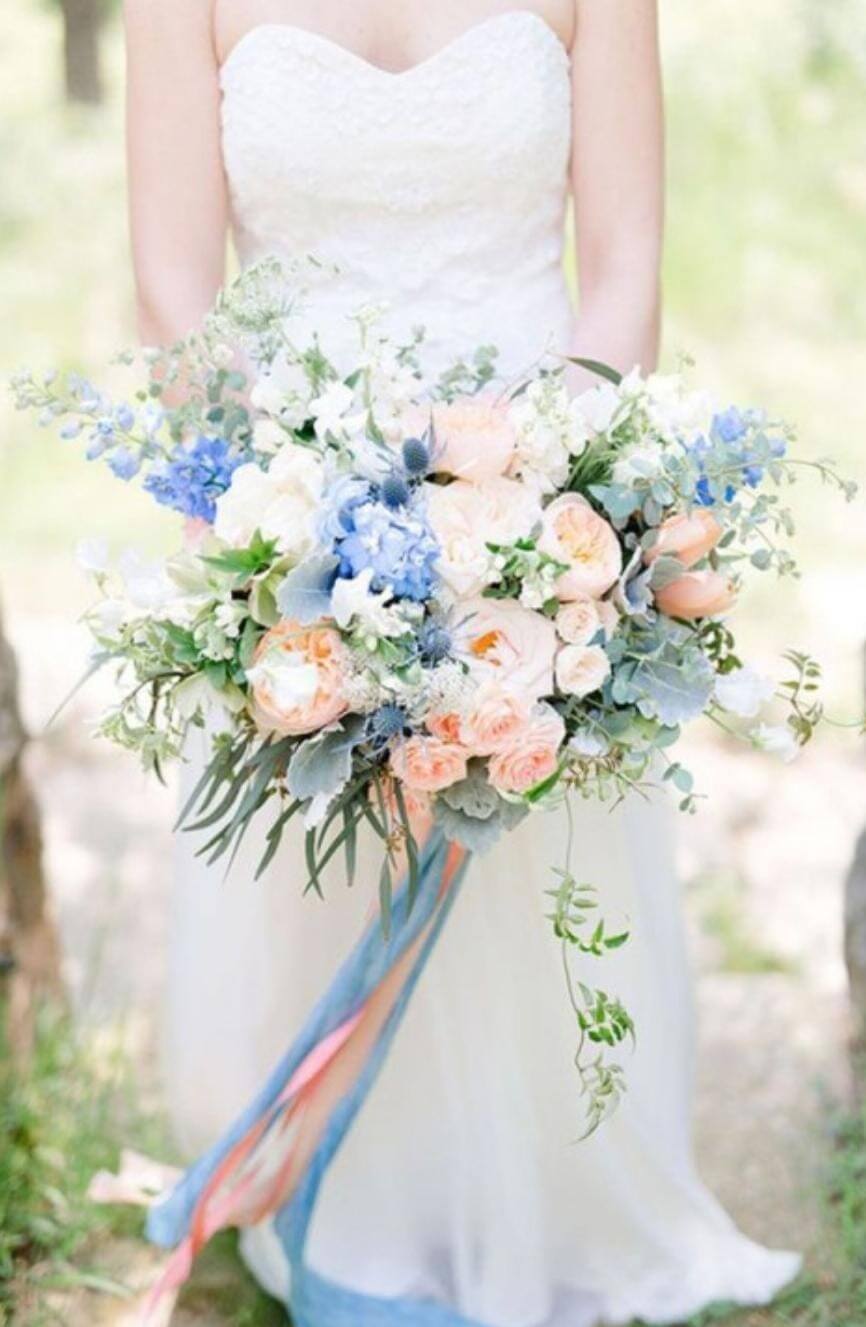 The Language of Flowers

The language of flowers has been around for centuries.

During Romanesque period, bride and groom used to wear flower garlands around their necks, that symbolized new life, hope and faith. This tradition continues today on some tropic islands. In ancient Rome, brides carried or wore flower garlands, firmly believing that flowers signify new beginnings, fidelity and hope of fertility.

It was during the Victorian era that flowers became part of the wedding bouquet as we intend it today. The modern version of the bridal bouquet was popularized by Queen Victoria in person who, when marrying Prince Albert, carried a tussy mussy (or tussie-mussie), a tiny round clutch of flowers in a filigree holder filled with moss and orange blossom.

In Victorian times, lovers used to send each other different flowers as a way of expressing their love. Each flower had a different meaning, and their exchange soon became popular. That was the time of romantic love. Since then, flowers became an essential part of wedding ceremonies because of this romantic association. Brides carefully chose their wedding flowers for the sentiments they represented, and the blooms a bride decided to carry during her wedding ceremony, would become “her flowers” for the rest of her life. 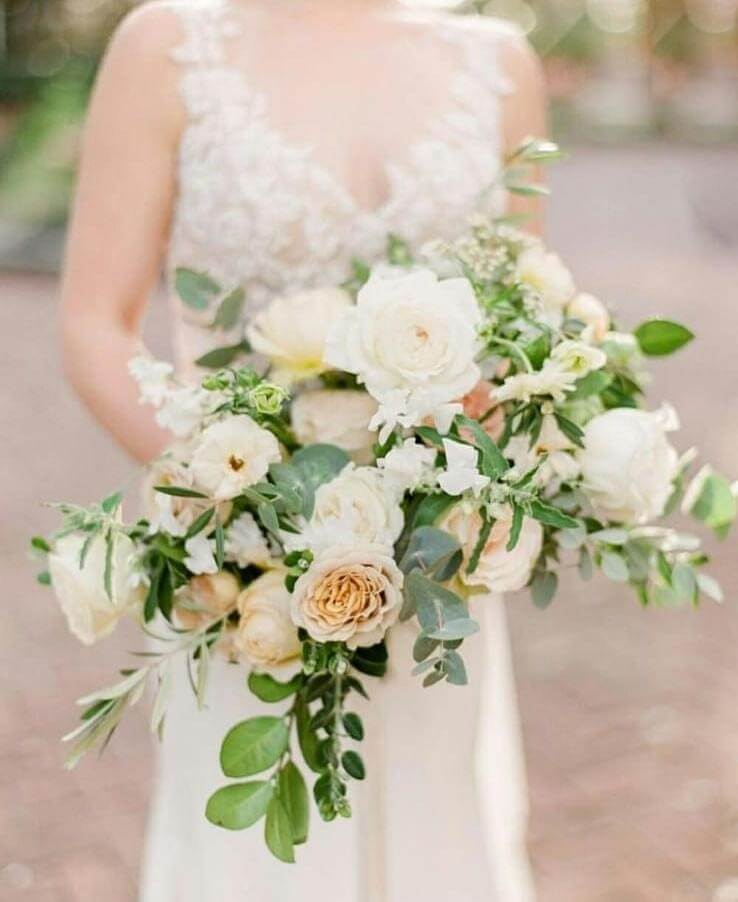 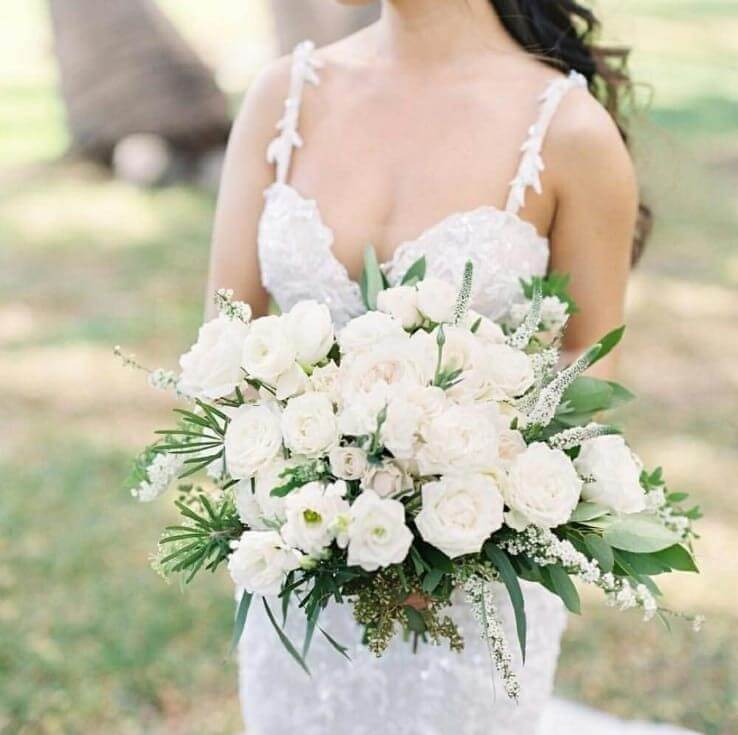 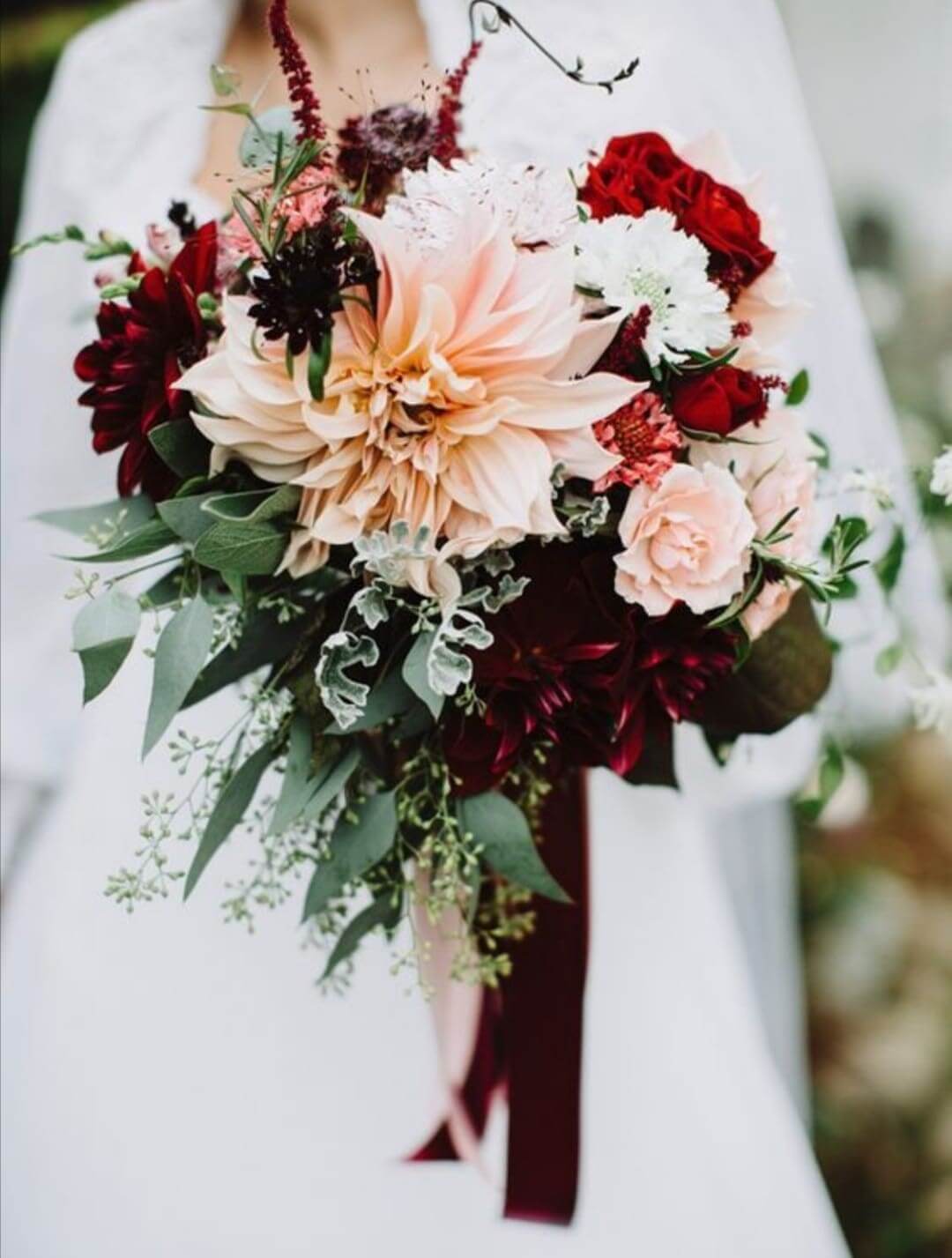 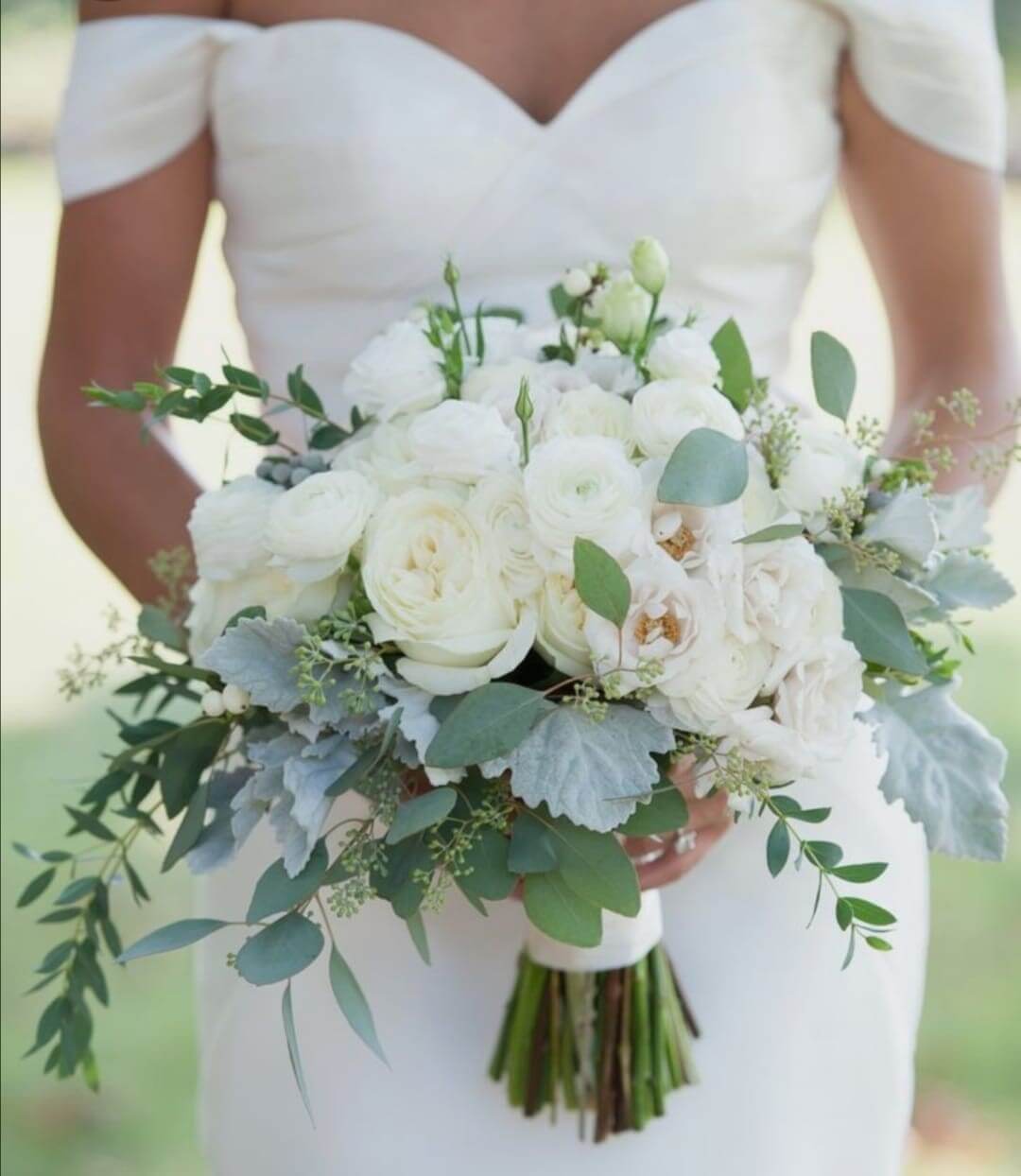 However, in modern times, charming as they may have seemed, the old traditions have been almost forgotten, with brides now selecting the flowers of their wedding bouquet only for the beauty of their color, fragrance and shape.

The wedding bouquet is the bride's ultimate accessory and greatly adds to the overall appearance of the big day. The bride's selected blooms are a way for her to express her personal style, taste and personality and an essential complement to her wedding gown. 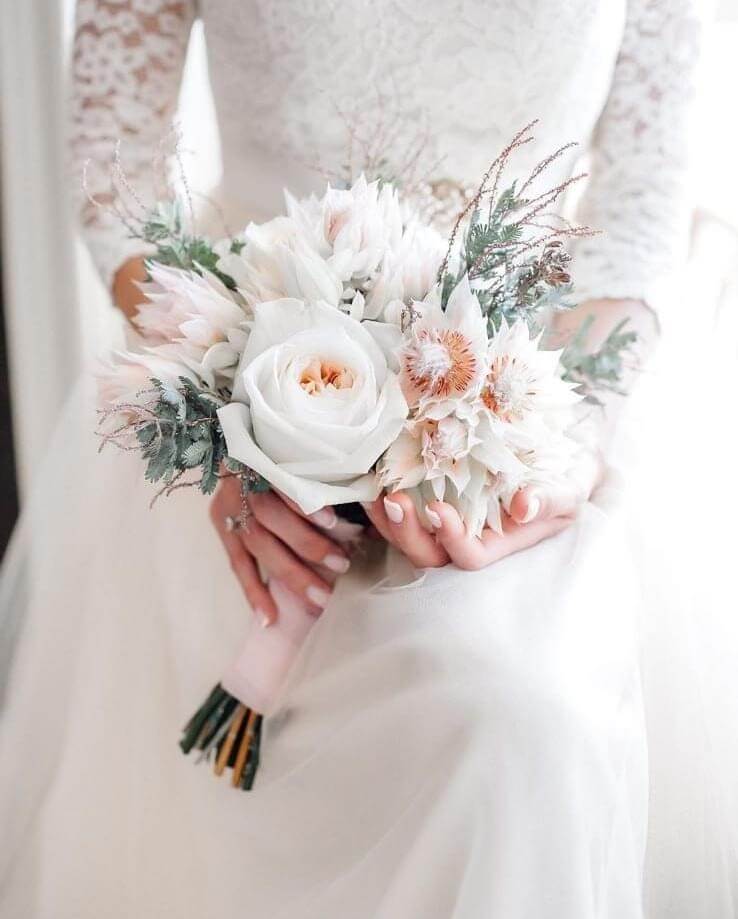 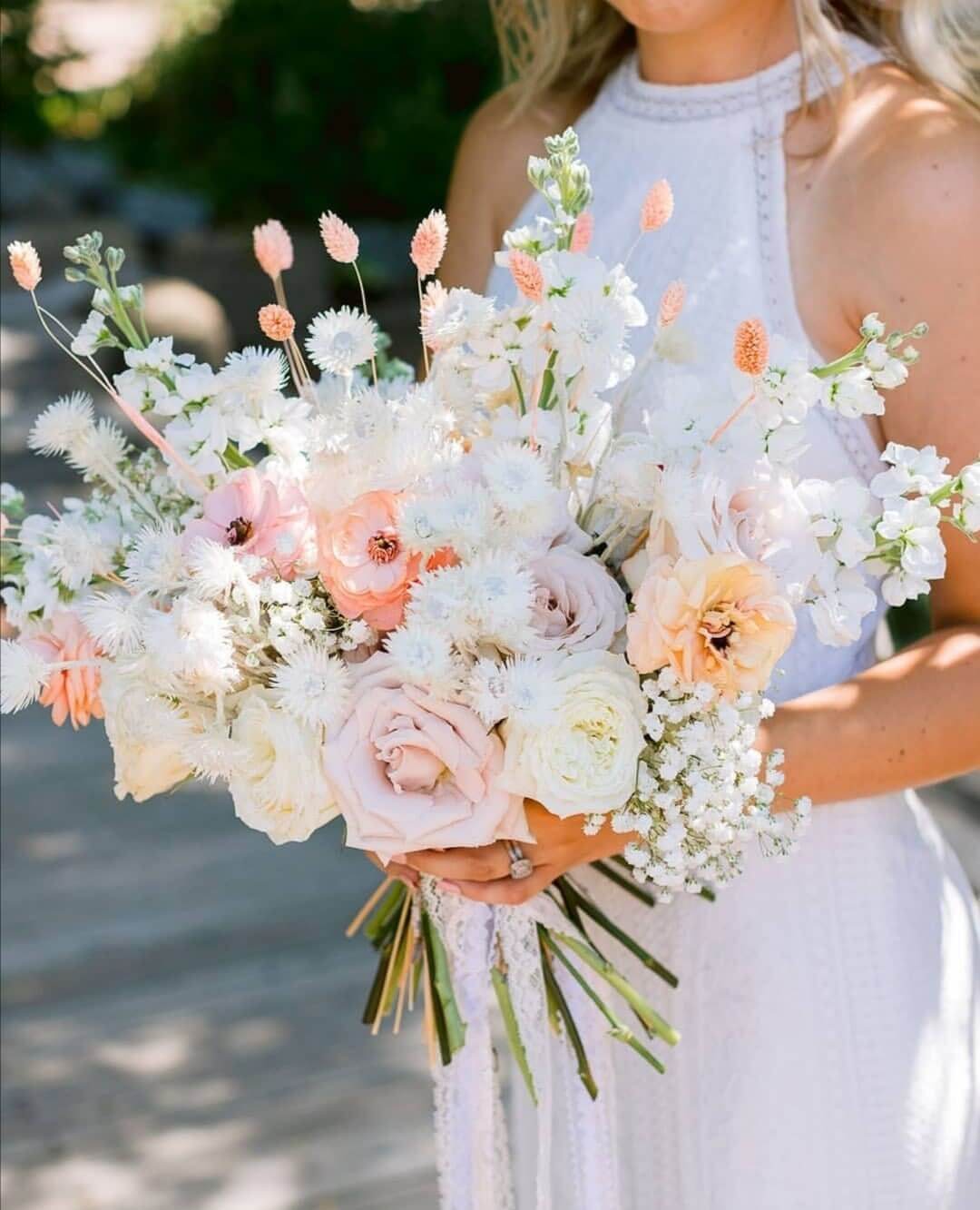 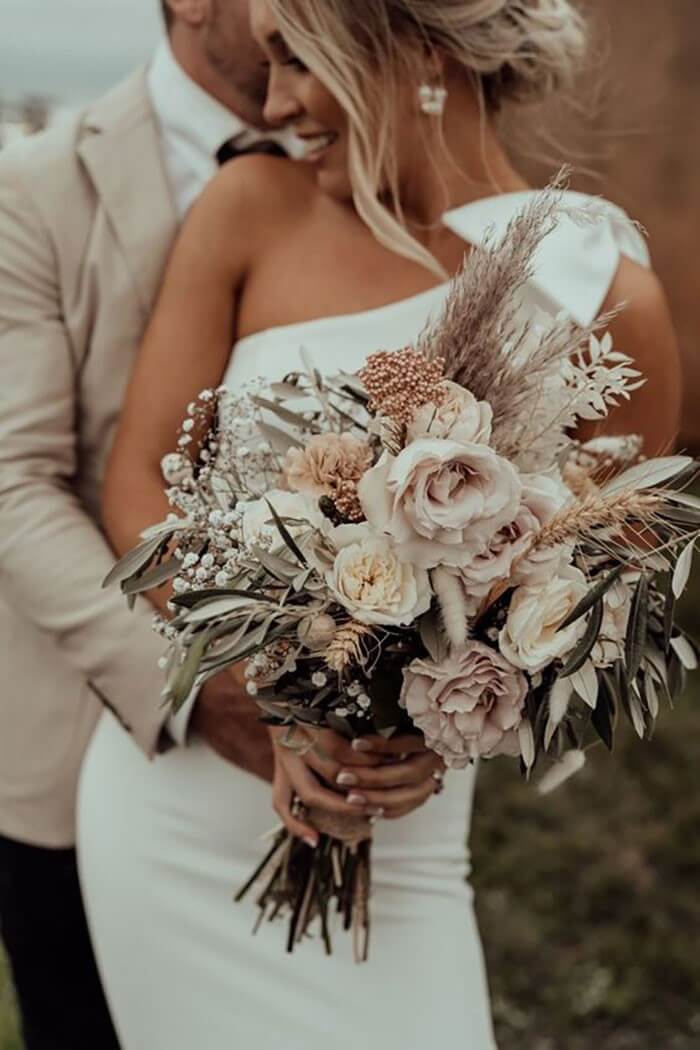 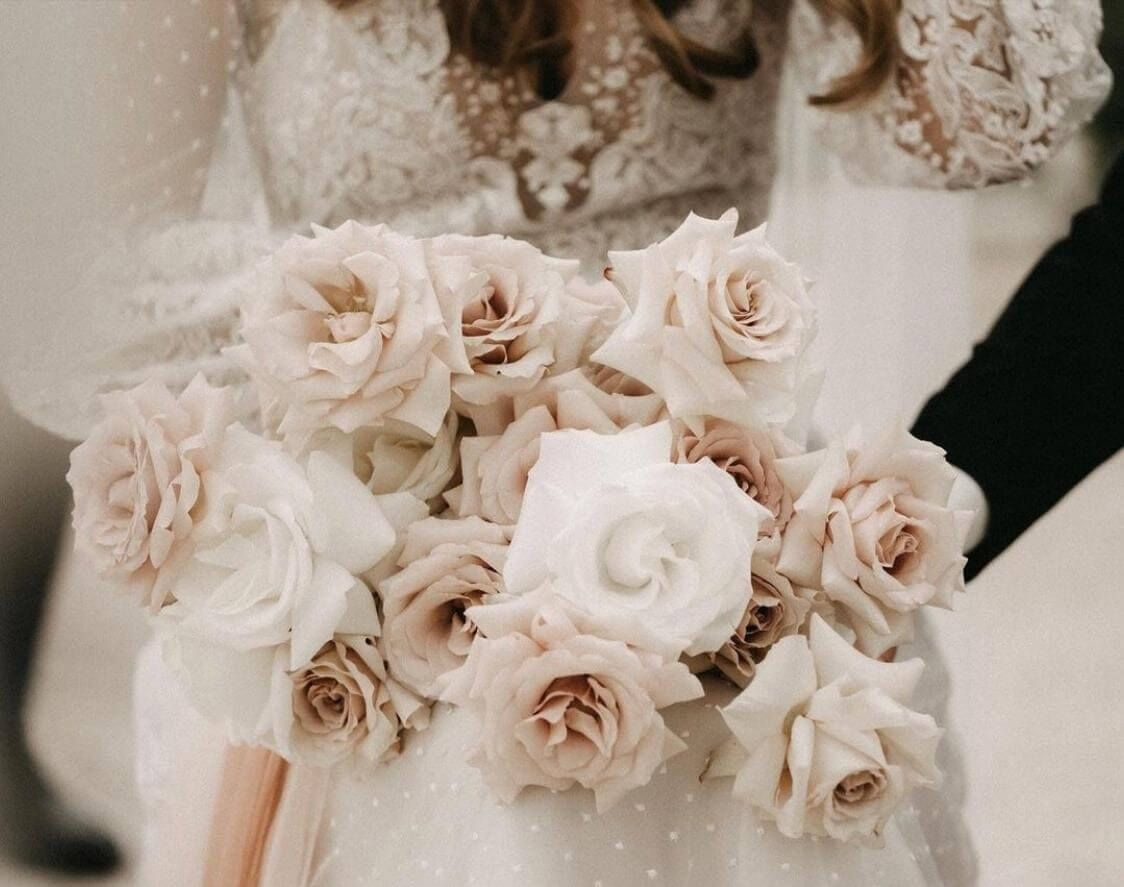 In case you want to choose flowers for your bridal bouquet according to their symbolic meaning, here is a little guide with the most popular wedding flowers and their meanings:

As you have seen, color plays a substantial role in a flower's meaning.

If you want to suffuse your wedding flowers with symbolism and character, I could be a great resource too. 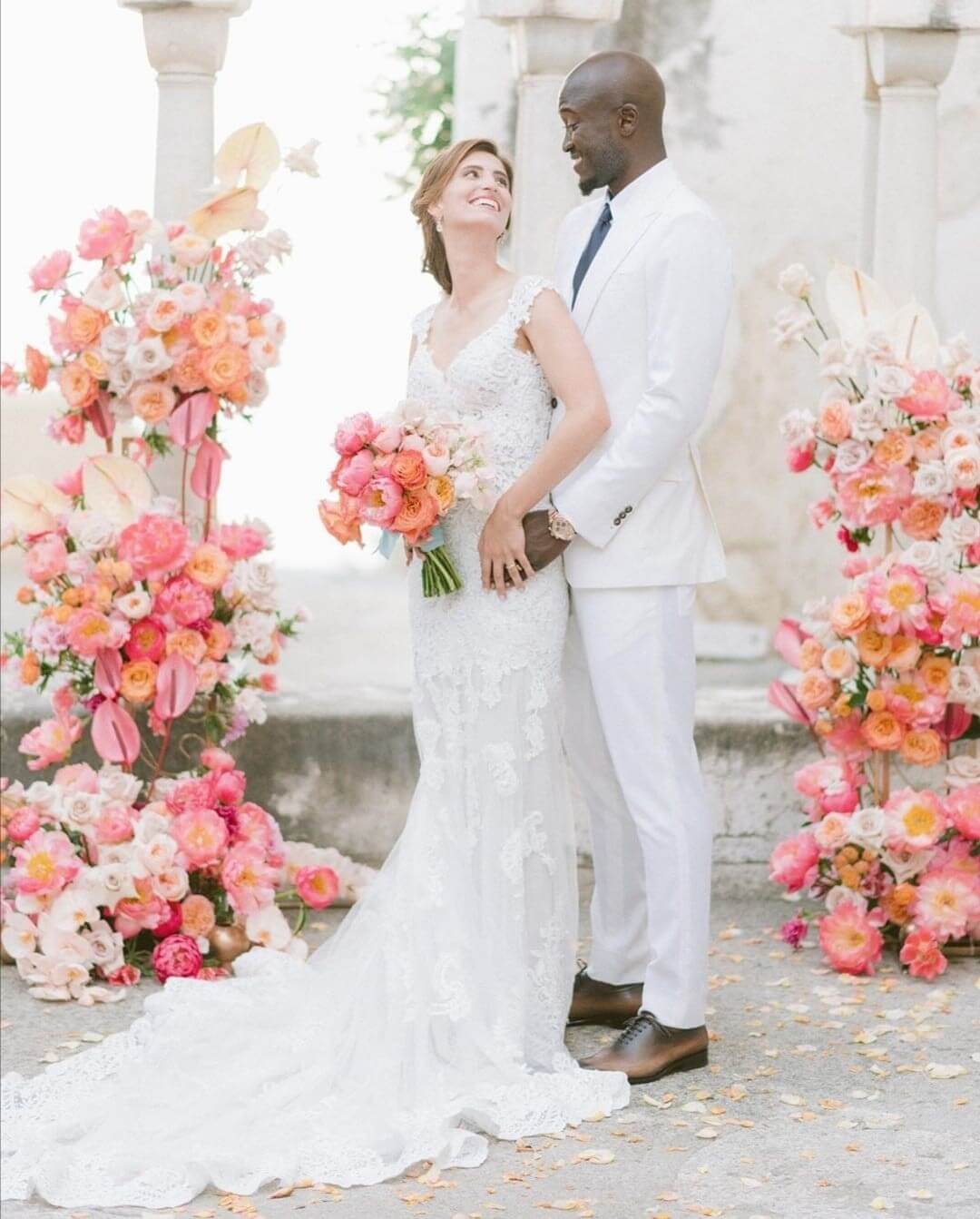 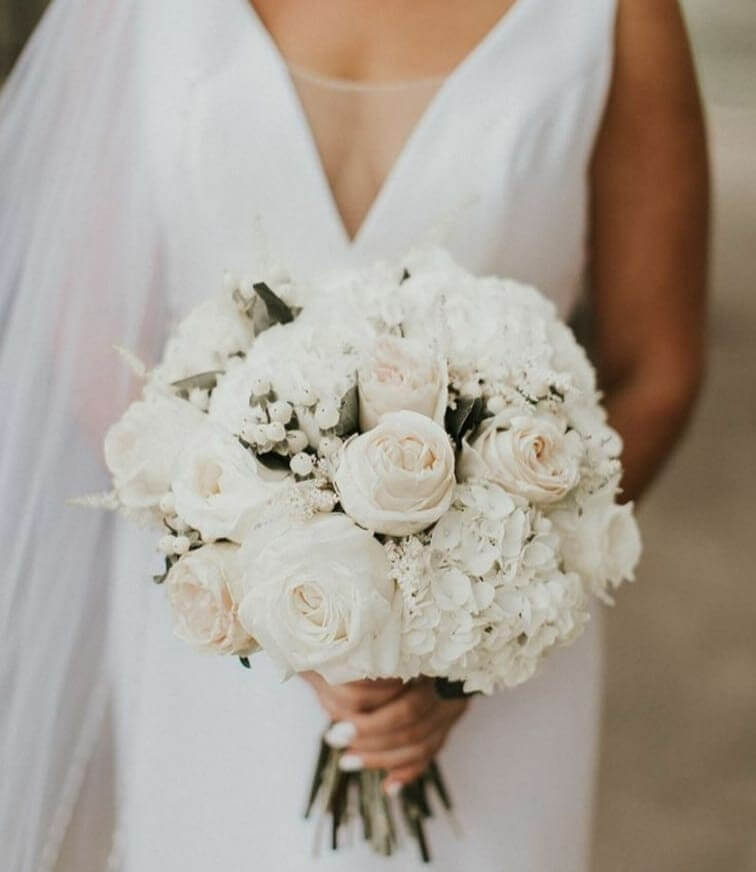 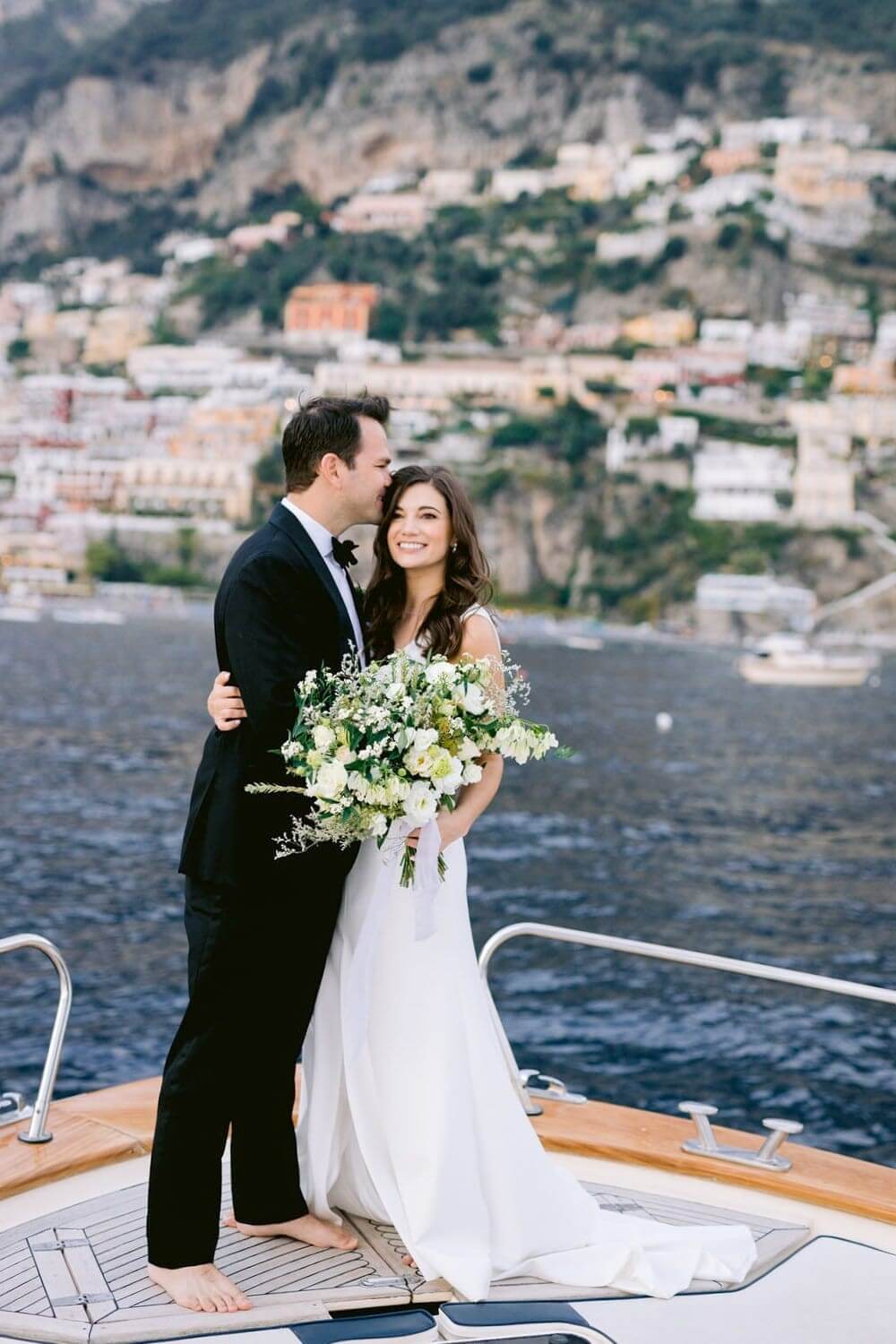 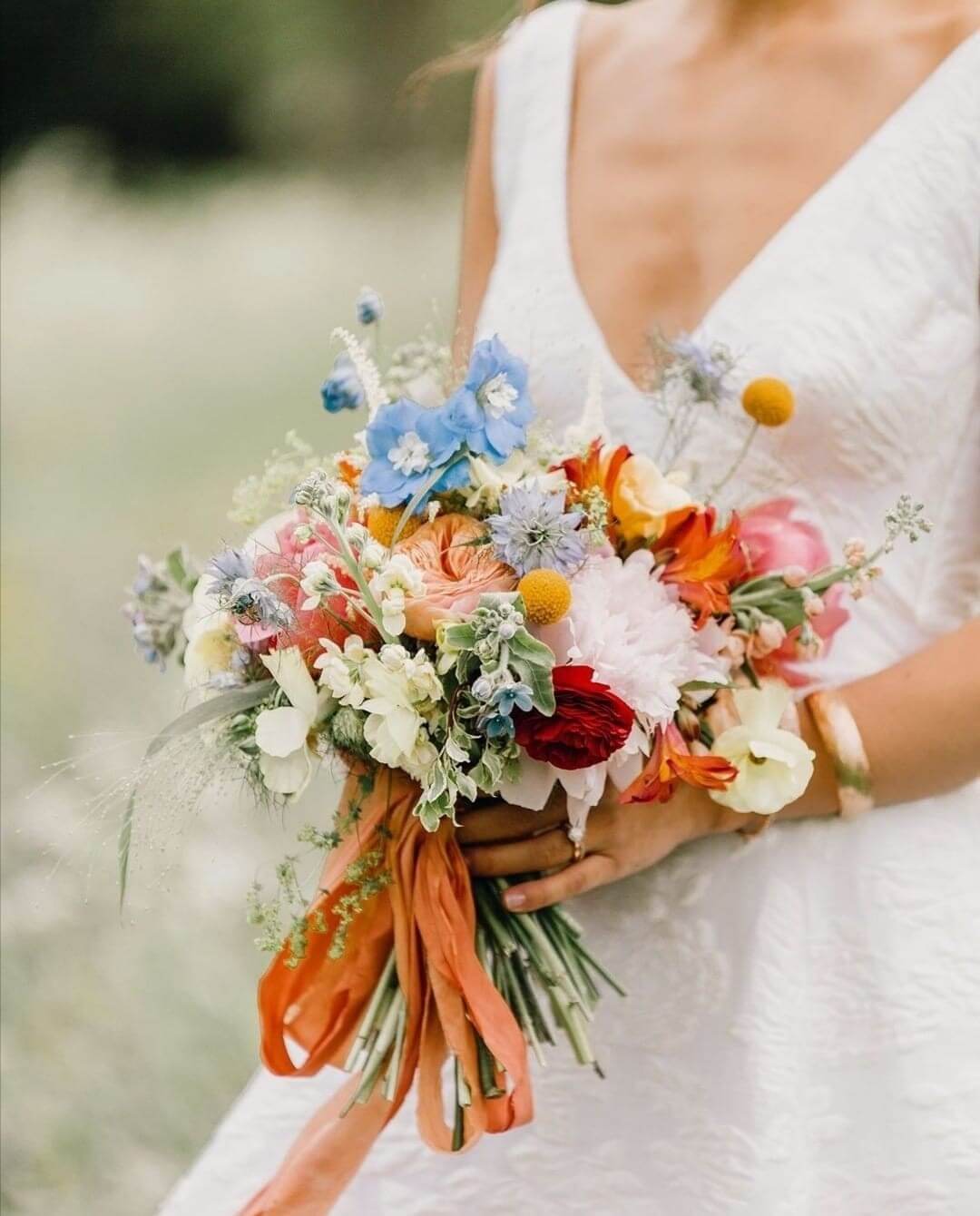 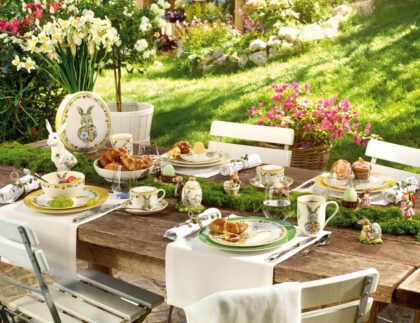 vamtam-theme-circle-post
In every corner of the world, Easter has its ancient traditions and rituals and on Amalfi Coast the tradition becomes an explosion of flavors, scents, conviviality, and Catholic experiences to live in the warmth of your own town and home. 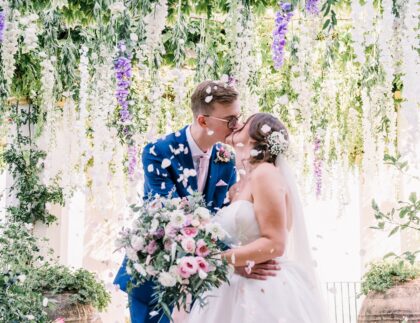 vamtam-theme-circle-post
In these shots we can see the gratitude and excitement of this very young couple who managed to realize their destination wedding dream in Italy, a dream that has come true. Thank you friends for sharing with me the moments of love and joy. Thank you for choosing me to accompany you! 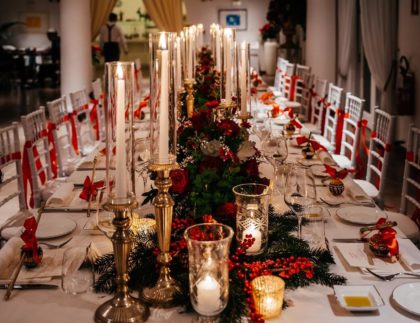 vamtam-theme-circle-post
Are you planning to pop the question and change the rest of your life forever? Are you looking for a wedding in Italy but are still afraid of travelling this Summer? We have the right solution for you! 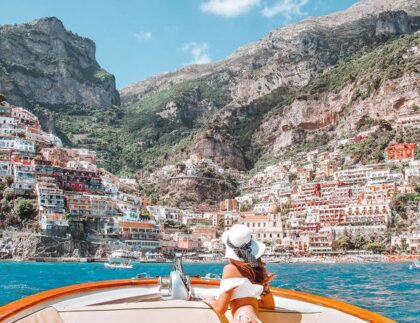 vamtam-theme-circle-post
The Amalfi Coast is not merely a stunning venue to tie the knot, but also the perfect place to let your guests live unforgettable experiences. Have a look at my suggestions for pre or post wedding activities on the Amalfi Coast and get inspired. 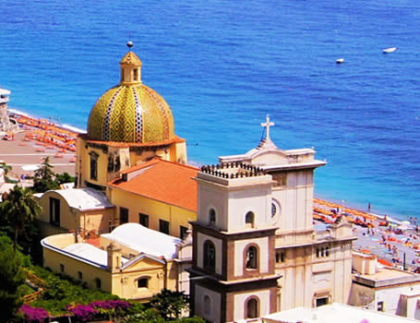 vamtam-theme-circle-post
Many couples from all over the world each year choose Italy as their catholic marriage destination. Here is my top 3 catholic churches on the Amalfi Coast (Amalfi, Positano, Ravello). 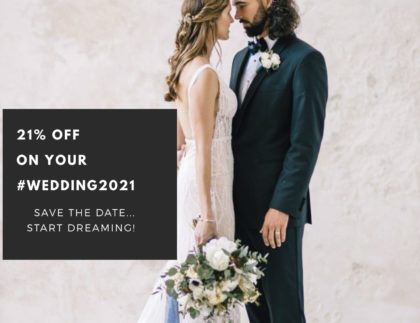 vamtam-theme-circle-post
I would like that you don’t stop thinking at your destination wedding in Italy and for this reason we are applying a shock offer to all new couples who decide to get married in Italy in 2021: a 21% discount on the full wedding planner package! 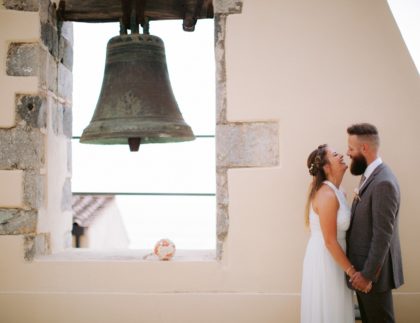 vamtam-theme-circle-post
Elain and Declan are Irish but live in London and decided to get married in Italy last summer. As their exclusive wedding location they chose the NH Collection Grand Hotel Convento di Amalfi in Amalfi. To recall their beloved Ireland, we used green glass candle holder all over the wedding reception table. 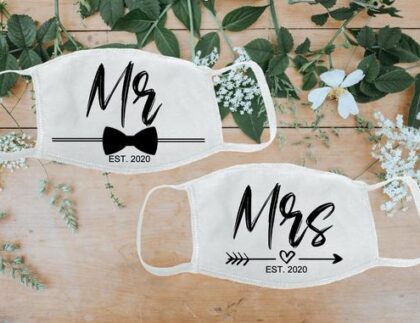 vamtam-theme-circle-post
Dear brides and grooms, in Italy we are all living an uncertain moment and I, as well as all my colleagues and wedding suppliers, perfectly understand your anxiety and difficulties. 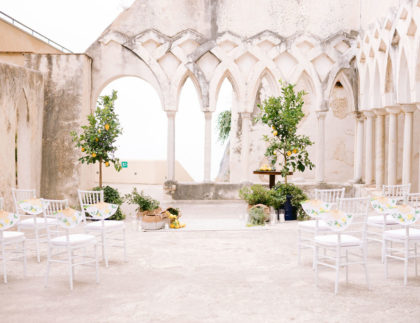 vamtam-theme-circle-post
Monica and Andrea decided to get married on the Amalfi Coast with an intimate ceremony of 10 guests: their children and their closest friends. A short escape from the routine of their life in Switzerland to the heart of the most suggestive Italian area. 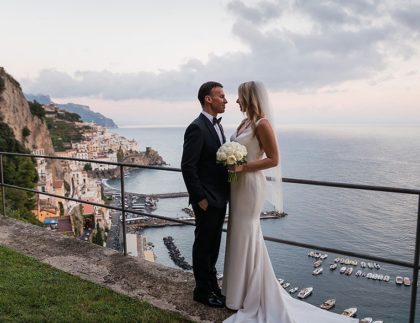 vamtam-theme-circle-post
This fantastic wedding was a ready-to-use package. Why? Because Roberto, the groom, organized this wedding in secret, wanting to surprise his beautiful Julia. Obviously the bride knew about the wedding, but the organization, design and coordination was entrusted to the agency.

Pre and post wedding experience in Amalfi CoastChristmas wedding on the Amalfi Coast – 8 Ideas to get inspired